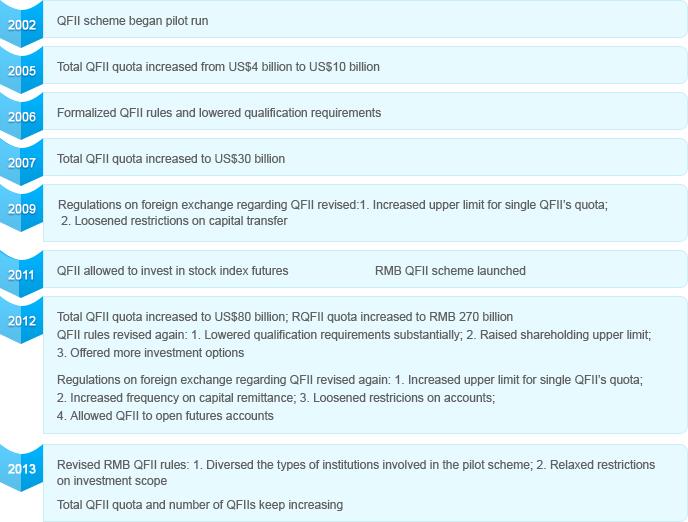 1. Reputable and financially sound with a solid team of qualified professionals;

2. No record of disciplinary action imposed by regulators in the last three years;

3. Memorandum of Understanding signed between the applicant’s securities regulator and CSRC;

4. Other requirements such as operating history and asset under management 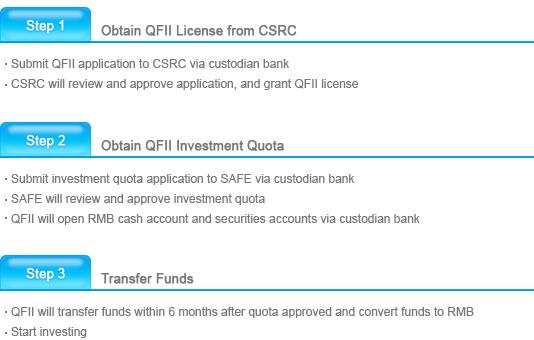 1. QFII should designate a custodian bank in China who safeguards QFII's asset and conducts securities as well as cash settlement

3. Custodian bank will report material changes on behalf of QFII to regulator and update regulation changes and developments to QFII

1. As of end of 2011, 32 QFII use external investment advisors with 13 full discretionary and 19 advisory mandates

3. Among the Chinese advisors, 17 are mutual fund companies, 3 are insurance companies, and 4 are private fund management companies

3. 22 domestic brokers are active in servicing QFII investors in China